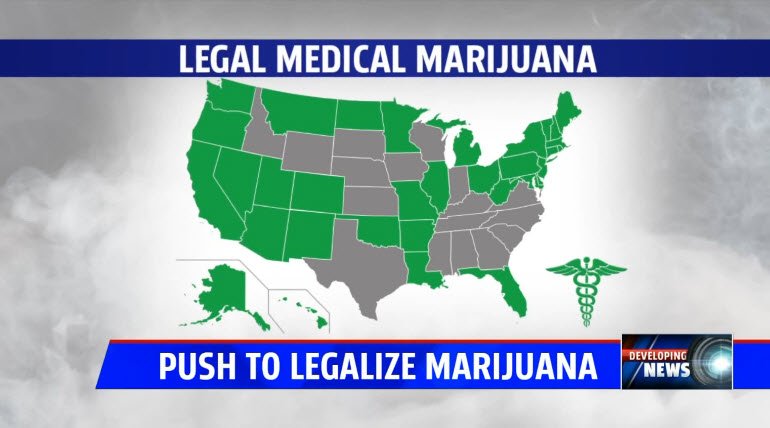 INDIANAPOLIS, Ind. – Lawmakers in several states are pushing forward proposals this week aimed at legalizing marijuana, including in New Jersey. On Monday, lawmakers began discussing a package of measures before a standing-room-only crowd.

In Indiana, both recreational and medical marijuana use is illegal. But advocates are preparing to pressure lawmakers to legalize medical marijuana. State Rep. Jim Lucas (R-Seymour) is helping spearhead the effort and will introduce a bill in January.

“This is a people issue,” he said in a recent interview. “There are no labels on this. It doesn’t matter if you’re black, white, rich, poor, gay, straight, Republican, Democrat, liberal, conservative. It doesn’t matter.”